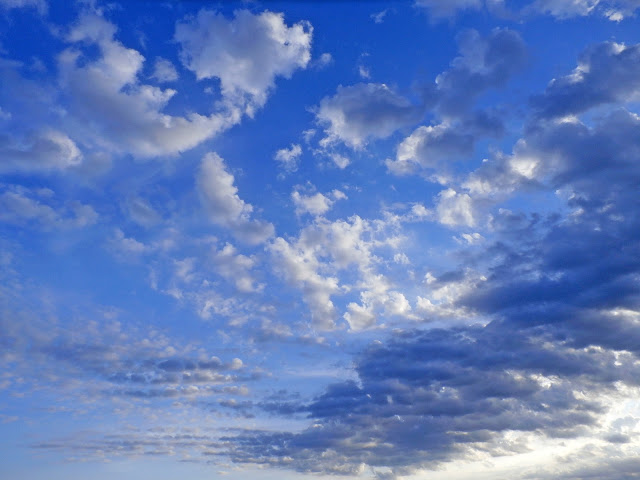 It was a beautiful sky as the sunrise reflected on all the cloud formations. The color of blue as the background really was pronounced.  As I gazed down the street I realized it is recycle day with scattered rows of bins up and down the street.  I had not remembered but my neighbors knew it was the day. 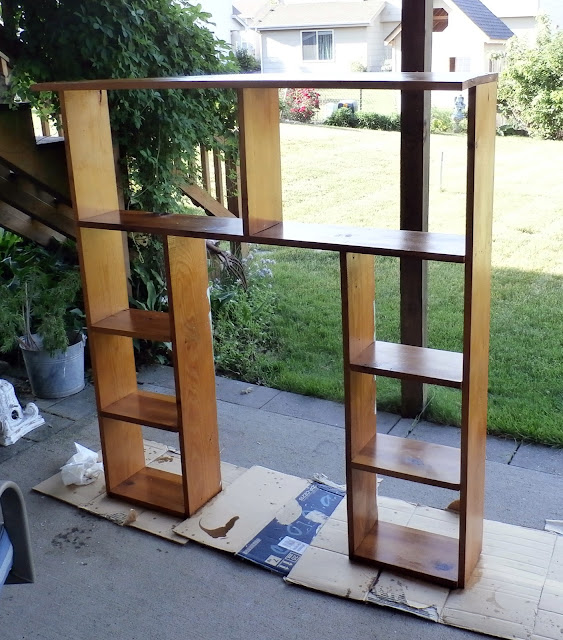 My project for the past two days was to construct a shelving unit to fit into the clothes closet of the new office/studio area.  We had the floor put in and I saw a great need for storage for my wife's art supplies. 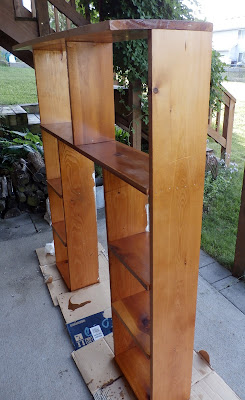 Yes the top board has a warp but all in all things turned out good.  I used shelving boards recycled from some that I had as a kid out on the farm.  It was strange that my mom wanted me to take those boards when they moved from the farm.  I used them ever since with a metal bracket device making bookshelves from them.  I had other longer boards from the shelving in the art gallery.  It all cut up and made for a great unit. The farm boards already had a varnish on them done by me back in the late 60s. I put a finish on the newer pieces of wood and they match well enough. 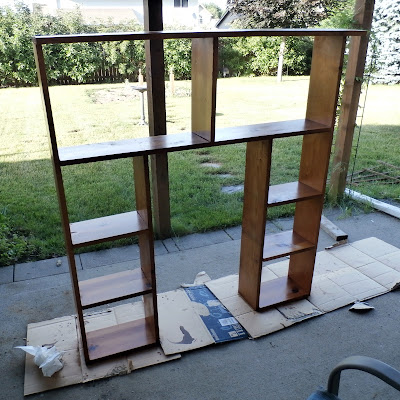 My wife has a chest of drawers to hold pastels and it will roll into the center opening.  It should make the closet are more efficient in holding art stuff.

I had assembled it all the day before using small finishing nails.  They were inadequate and things seem to keep coming loose.  So yesterday I drove up the hill in my new, old truck and bought the right size of nails.  It didn't take long for everything to pull together tightly. 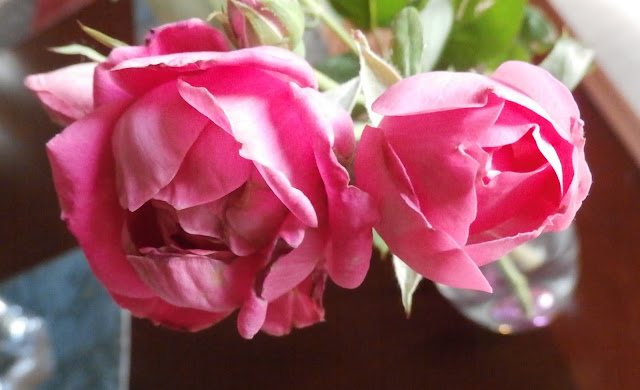 As I had written earlier this week that my wife's cousin passed away.  It was Monday evening to be exact. Yesterday on Facebook, I received word that my first cousin who lives in California, passed away.  Rosemarie had battled and survived cancer for five years and then suddenly it took her life.  She lived as a young girl close to us as her dad's farm and ours were really close together.  She was three years older than me, the same age as my late brother. She has two children and three grandchildren, the grand baby boy being born just a few days ago. The other two grandchildren are twin girls.

Rosemarie was a sweet person with a British accent.  My uncle Donald, her father, married a British woman, Eileen, after the second world war.  The uncle being a farmer and his wife being a daughter of a high ranking British officer made for an interesting life for them. Rosemarie was strongly influenced by her mother. Her speech was mostly British sounding. Rosie's mother had lived throughout the world as her father was placed in areas of the British colonies in India and other countries. All of the heritage of her mother did influence Rosemarie to be the woman she became. I newer saw my cousin enough and only heard things about her through my parents. We of course were together at each of her parent's funerals.  She and her husband did move to Iowa for a few years to take care of her mom until her mom died.  Thanks to Facebook we did converse and share these past few years. 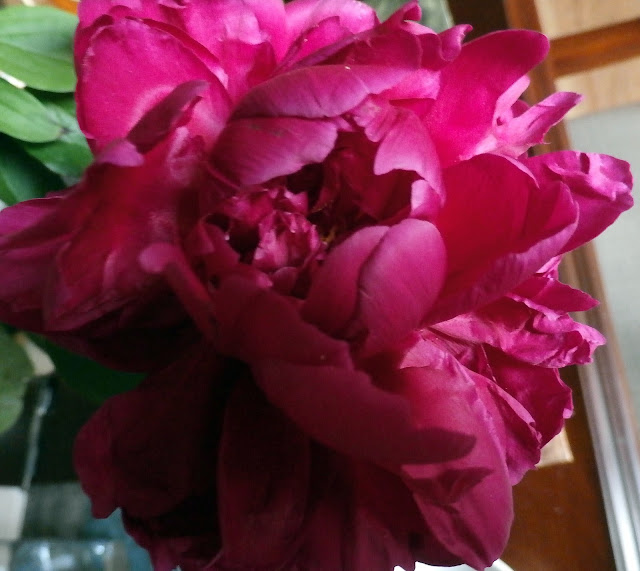 We have errands to run today and one of the places we aim to visit is a garden center.  We must get things in the ground soon.  It seems that the sooner the better. We have three or four places we can go to buy flowers. Each place has it's positive and negatives in buying plants. It will be hot so we won't be planting until this evening or tomorrow morning. We are also interested in planting some herbs among our tomatoes. Marigolds and tomatoes are suppose to be a positive thing too.

Lovely work done on the shelf unit, looks sturdy.
So sorry to read of your passing family members, the British lady sounds like my daughter somewhat...having an English mother, and although surrounded by southern accents, she has that mixture of English in there :)
Beautiful roses, ours were not too good this year, the disease Witches Broom has struck again :(.
Hope your having a wonderful week and settling in nicely !
~JO

I am so sorry about your cousin. Your shelving unit is wonderful, you really are creative! Your wife will be in heaven. Is this a Peony? how beautiful! The sky is gorgeous. I have almost the exact same rooster as below!

I am very sorry to learn of another passing of a cousin.

The shelving unit is very nice and will be so useful.

Your shelving unit will be perfect! I am sorry to hear about another cousin's death. Facebook is a great way to say Hi to cousins. :0 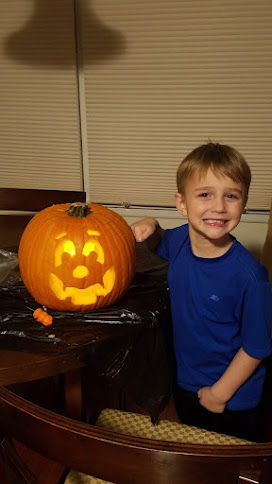 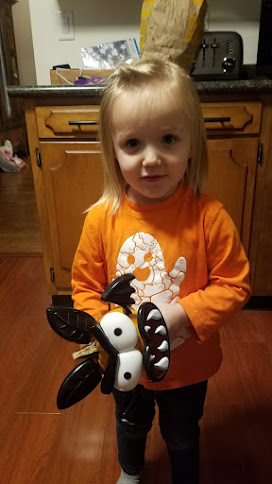