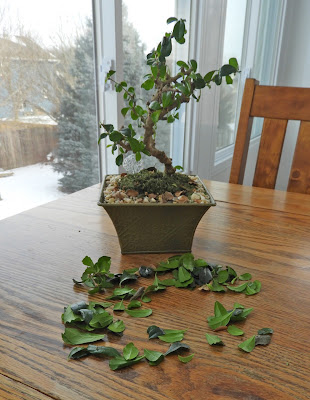 I do not know what I am doing but I did go through and take off all of the larger leaves.  I did shape this better after I took the photo but I am not happy with it now.  I know that I need to keep pruning down the larger leaves so it will grow smaller leaves.  I will work with it a while to get that flat canopy look on each branch. 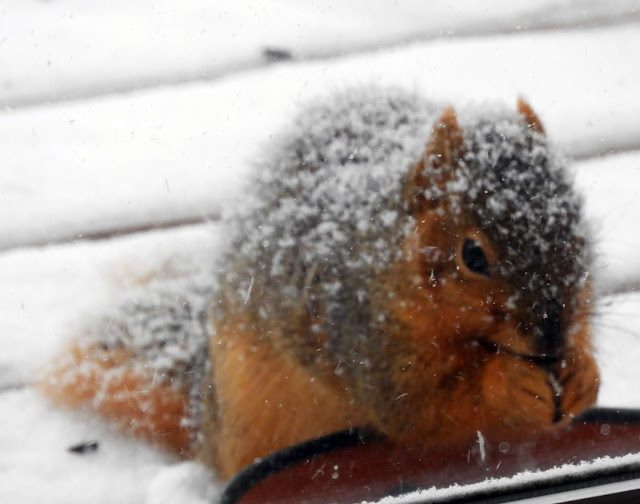 Our snow has started. Schools are now all closed and we are to hunker down for a couple of days. I can see the snow blowing sideways now but the camera just doesn't want to capture it. 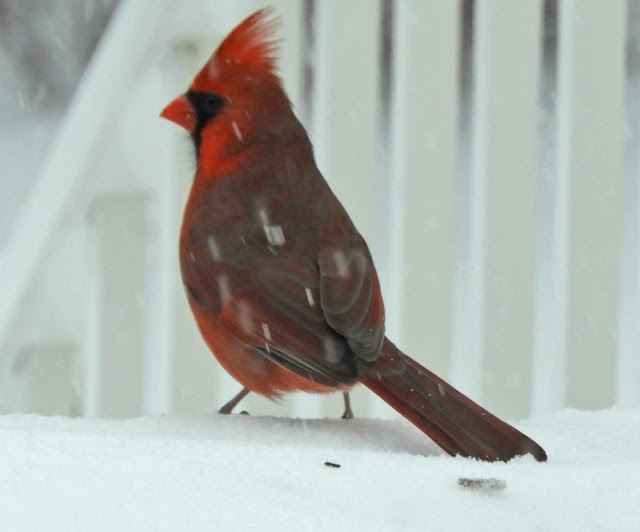 In the middle of my blogging today I received a phone call from my youngest first cousin Janet. She lives in Alamogordo, New Mexico and her worry was the temperatures are a little low for them.  She just lost here husband a month ago and we talk a lot.  She is younger than me and we really didn't know each other  but we grew up in the small town area. We share what each of us knows of the past and we both learn things from each other.  She married our neighbor boy after he had grown up. We talk memory lane about family and distant family. She shares the funeral arrangements with me for this summer when she returns for a graveside service. The old cemetery will be in the middle of a meadow next to the Grand River that flows down through our farm south of there. We discussed how most of the people in that cemetery are Grosbecks but her husband's dad is  buried there. In the middle of all this talk a cardinal flew in and landed outside the sun room  I did have to stop talking to say it was the first I had seen in probably a year. 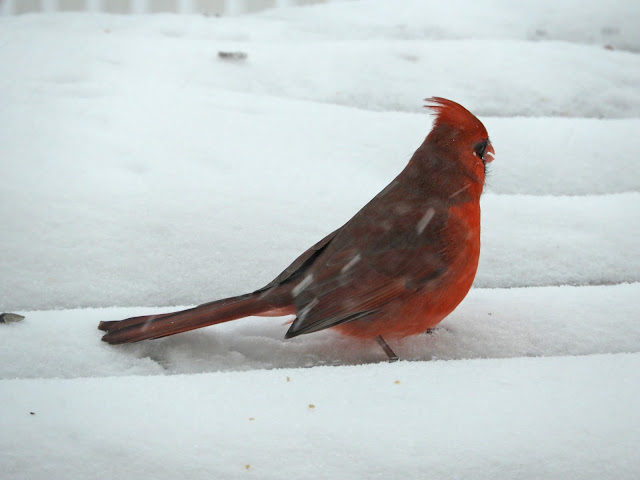 Fortunately the call did end in a couple of minutes later and the red bird did stick around.  I took many shots and can share a few the next few days. I had just put out fresh seed and there were a lot of sunflower seeds in the mix.  I now also have a lot of photos of a mourning dove sitting in the middle of the feeder helping spread seed for the other birds.

It is very nice, Larry, that you and your cousin are able to talk every so often. And also nice that you are able to share family memories which i am sure she really appreciates especially after her recent loss.

A Cardinal!! Lucky you! Stay warm, it is stormy here:(