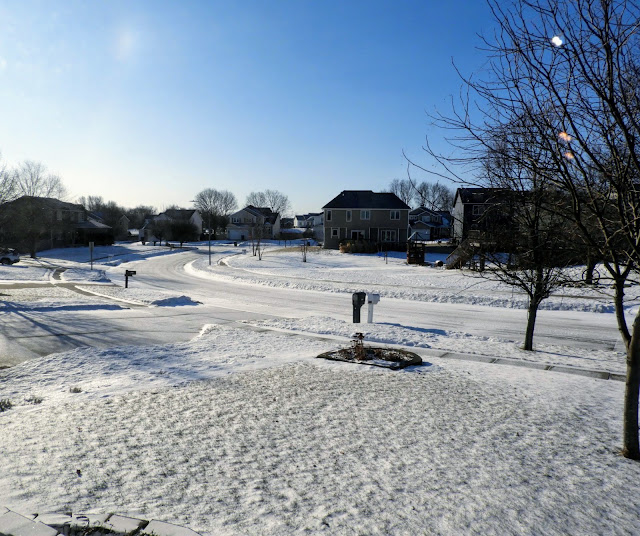 The green grass is covered up again.  It wasn't a heavy snowfall but it did fill in all the tracks from the past. It looks like one of the neighbors actually went out and cleared the snow from their sidewalk. It is so thin that I am not going to deal with it. 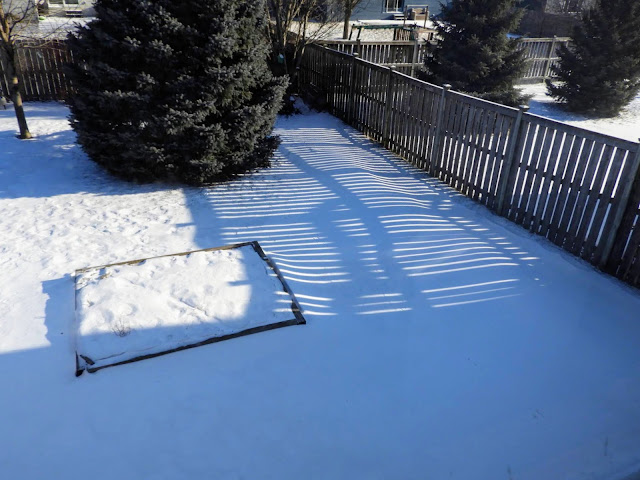 My famous shadow shot of the backyard. fence shows we have a bright clear sun. I take it from our bedroom window and I don't have to go out into the cold. We had enought snow to cover up all that green that was showing around the base of the blue spruce. I don't see any bunny tracks yet this morning. A few birds are at the feeder. 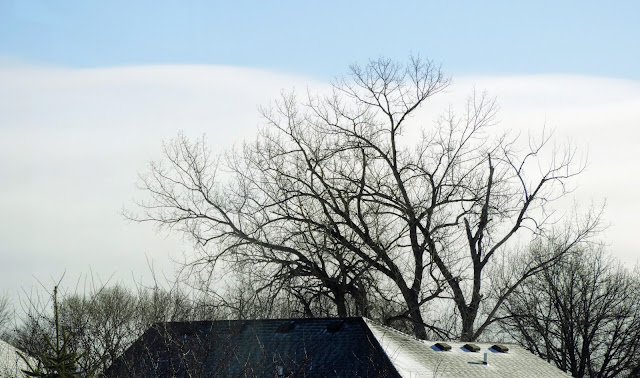 The big tree down the street and one block over finally lost its dead branch.  I think the photos that I have taken the past two years always included that hanging branch.  We must have gotten a strong enough wind to take it out and down. 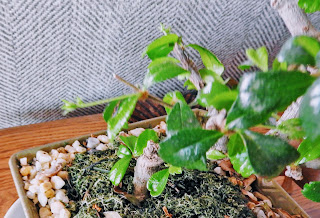 My blurry bud on my bonsai has a long stem.  I have more of them all over the shrub now. I will keep trying until I can get it into focus. 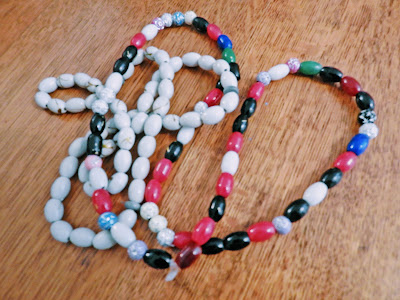 A tourist industry in Israel is its number one money maker.  The buses travel from south to north and everywhere you look there are vendors.  I picked these up for a couple of bucks just for the memories. I may see my wife put a set of them on when there is something that they will go with.

At one of the places we stopped I broke the rules and talked to the seller.  His English was good.  He had three scarves for five dollars and he wouldn't take no.  I started to talk to him and ask him questions.  He first told me that I should buy them because he knew I had money. He was a nice guy and I am betting he owned the products that were being sold at that place by all the other sellers.  He had children dropped off from school while we were there. When we were able to get back on the bus, my wife and I talked, and I ended up buying the three scarves for five. The scarf was a sheer one with Jerusalem woven in it with a design. My wife kept one and gave two of them to her close friend.

Nice picture of your street.